Posted by Admin | With 2 Comments | In Sin categoría

CADA’s family is a network of a very supportive group of experts and professionals who constantly offer their time and expertise to support its mission. CADA keeps growing with their collaboration and input. 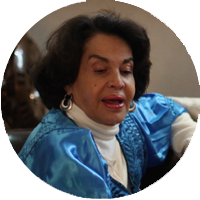 Ana Peciller is a Mexican sculptor, artisan and jewelry maker. She is the widow of American sculptor, James Metcalf, with whom she established an important artist colony and school, the Adolfo Best Maugard School of Arts and Crafts, dedicated to the promotion of traditional coppersmith techniques in Santa Clara del Cobre, Michoacán, in 1973. 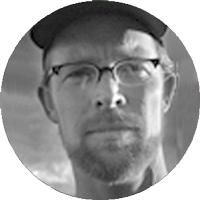 Photographer and writer, Eric Mindling is an expert in pottery and member of Innovando la Tradición; a creative platform where craftsmen, designers and artists share skills, knowledge and stories. He documented the actual practices of pottery in 65 different communities in Oaxaca. His research became the book “Barro y fuego. El arte de la alfarería en Oaxaca” after a nearly two year long process. The book shows a panoramic vision of Oaxaca´s pottery past, present, and future.

He belongs to the fourth generation of weavers in his family. He weaved his first carpet at twelve and encouraged his parents to work with natural dyes. He is a university graduate, worked previously at the Museo Textil de Oaxaca (M.T.O) as education director, coordinating the different social collaboration programs, which involve designers, cooperatives y and groups of textile craftsmen in their Oaxaca´s communities and workshops, as well as other initiatives, like the organization of workshops and exhibitions of textile craftsmanship, in which guests masters and textile craftsmen from Oaxaca, México and other countries are invited to share their techniques. He is also is a coordinator of Popular Art and Productive Projects at FAHHO; a Mexican philanthropic institution, created by the businessman Alfredo Harp Helú to help fight poverty efficiently and extend generosity among Mexicans through complementary efforts to government without party spirit. 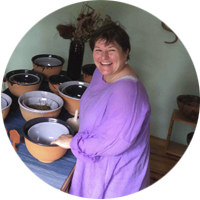 Debera Johnson is the Academic Director of Sustainability for Pratt Institute. She founded the Pratt Design Incubator for Sustainable Innovation in 2002 during her tenure as chair of the industrial design program. Under her leadership the Incubator has helped launch 25 design-driven enterprises in four sectors: clean energy, fashion, design, and design consulting. She provides mentorship, and strategic business development within collaborative communities of entrepreneurs. 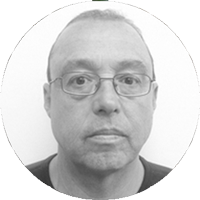 He specializes in emergent market´s research and consulting. He works on the worldwide design, production, and distribution process. He develops the merchandising and copyright for his clients, which include several international museums such as MOMA, TATE Gallery, and New York´s Metropolitan, and commercial chains such as Harrod’s Pylones or ALDEASA, and also the copyrights for authors like Miró, Picasso, Kandinsky or Pedro Almodóvar among others. 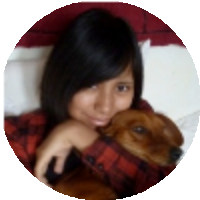 Facilitator in the children workshops

Ludovica has been raised in San Cristóbal de Las Casas where she finished her Primary education. In 2004, she collaborated with her artwork in the book Losha (Editorial Fray Bartolomé de Las Casas, PACMYC, CONACULTA, CONECULTA). Since 2012 she has been living in the city of Oaxaca with her dog Giorgia, and her mother. 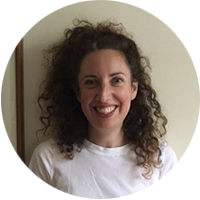 Britten Chroman has spent many years in the non profit sector developing programs and partnerships to raise the quality of life for women and girls around the world. In 2012, she founded the David Lynch Foundation Women’s Health Initiative, which brings the healing benefits of Transcendental Meditation to women and staff in programs serving victims of violence and abuse. Currently Britten is working on a project to turn plastic waste into luxury goods. 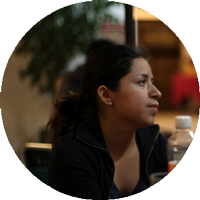 Born in Oaxaca de Juárez, México, she graduated with Honors in Architecture at the Instituto Tecnológico y de Estudios Superiores de Monterrey at Toluca. As part of her professional career evolution, she founded in 2009 her own architectural firm “QUARQS” Taller de Arquitectura, where she developed several commercial space projects. This led her to study a Master in Retail Commercial Space, at ELISAVA; Barcelona school of design and engineering, Barcelona (2011-2012). She cooperated with the Secretaría de las Infraestructuras del Gobierno del Estado de Oaxaca´s team, as Head of the Design and Urban Projects Department. During the cycle 2009-2010 she was a Committee Member of the Colegio de Arquitectos del Estado de Oaxaca, in charge of the secretary of Architecture Teaching. She has taught at the Universidad Autónoma Benito Juárez in Oaxaca, and at the Cámara Mexicana de la Industria y la Construcción in Oaxaca. She has also been a jury member for final Architecture Projects at the Universidad Anahuác del Norte in Distrito Federal. At the moment she is developing the executive project for the rehabilitation of Oaxaca´s Urban Image, which includes 6.2 km from one of Oaxaca`s accesses, while teaching Técnicas de expression at the Colegio Universitario de Oaxaca, and designing and building a Jeans shop in Ciudad de Puebla, México. 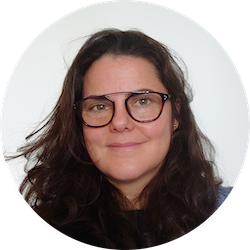 Nuria Widmann trained as an Architect in Guatemala, Vienna and New York. As a practitioner and consultant, she specializes in sustainable design and energy efficiency and applies a holistic approach to human-centerd design considering social, cultural and material contexts at differerent scales: from urban, to landscape, on buildings, interiors,  and objects.

Nuria holds a MSc in Advanced Architectural Design from Columbia University in New York, and a Masters in Urban Design and Sustainability from the Politechnic University of Catalonia in Barcelona and a professional  degree in Architecture by Universidad Francisco Marroquín in Guatemala.

While based in Barcelona, she works internationally in multicultural teams, for public and private clients, mainly in Spain, Guatemala, Mexico, USA, UK,  and The UAE, applying her research on topics related to artifact, craft, universal design, materiality and circular economy.   Always a learner, she has taught as a lecturer and guest lecturer at different instututions in  Spain, Mexico, Guatemala, USA and Austria.